The history of St. Alphonsa Region in F.C. C. is closely connected with that of St. Joseph's Province, Malabar which was established in 1974. This Province itself was part and parcel of Alphonsa province, Pala of Franciscan Clarist Congregation.

The first Bishop of Rajkot, Mar Jonas Thaliath of happy memory, when he started the administration of the Diocese of Rajkot, tried to bring women religious from various Congregations for service. Thus he invited our sisters also to work with him here. In response to his invitation our Provincial Rev. Mother Henry Suso and her team sent sisters for mission work in this diocese. The first convent was started in Gondal in 1979. 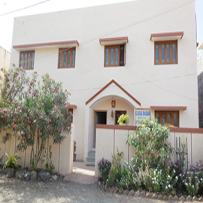 With the division of St. Joseph's Province in 1986 to form Mananthavady province and a further bifurcation to form Thamarassery province in 1993,the mission in Rajkot came under Thamarassery province.It was in 2012 that the idea of raising the mission to a Region was considered in theprovince. It was approved by the Superior General and thus our St.Alphonsa Region was inaugurated on 8th September 2012. The Superior General declared the mission being raised to the status of Region during the holy mass celebrated at Prem Mandir, the Cathedral of Rajkot, by our Bishop Mar Jose Chittooparambil and other priests of the diocese. The Superior General and her team, our Provincial & team, other Provincials of F.C.C and delegates from various provinces also were present .The names of the Regional Superior and her team were announced. Clara Bhavan, Rajkot was declared as Reginal House.

On the same day our first local candidate Roza Raymond was officially accepted as a new member of the Region when her vestition and first profession took place in the Cathedral church, in the presence of her family members and our Superiors and sisters.

At present the Region has nine convents in this diocese, with 39 members.Sr. Lilly Jose is the Regional Superior; her councillors are Sr. Linsa,Sr. Lissy George, Sr.Jessy Augustine and Sr.Tincy Maria.The Regional finance officer is Sr. Navya and the Secretary is Sr.Jessy Augustine. The Provincial Rev.Sr. Jovanis, with her team members, has found a mission house for the Region, in Kerala.